At ModCloth we’d periodically have a themed potluck lunch. We had themes like “Mexican” and “Pie”, but one of the unsurprisingly popular ones was “Breakfast”. And one of my co-workers made these waffles that were just amazing, the best waffles I’d ever had in my life. By far.

I learned that these were called “Liège Waffles” and they were also Belgian. They’re distinguished by having a crispier outside, due to carmelized sugar, and by their chewiness, which I think comes from being a dough-based rather than batter-based waffle.

For some reason those waffles popped into my mind lately, and I emailed the co-worker and asked him for some tips. He pointed me at this recipe along with a few additional pointers. One waffle iron and bag of pearl sugar later and we’re off!

Read that recipe and keep a mental counter of the time required – it adds up, quickly. There’s a lot of time to let the dough rise and even more to let it rest in the fridge, so it’s not something you can do on a whim. The person who pointed me to the recipe said to be sure to start in the early afternoon, otherwise you’ll be up at 2 AM for steps 6-8. 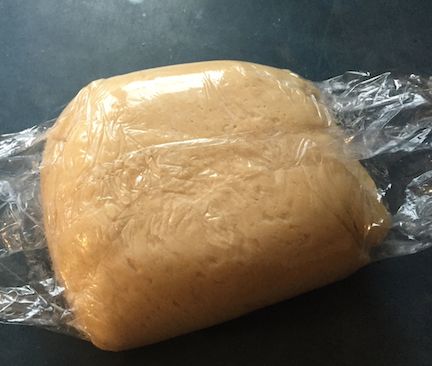 While the recipe is fussy I’d say it’s not really that difficult. I was able to do it without a stand mixer, which I’m pretty sure would’ve made the process a lot easier. In particular step 5 results in some really thick dough, and the cheap hand mixer I used complained mightily.

The pearl sugar – I almost typed “Perl sugar” there – isn’t something you’ll probably find in your local grocery. While I think it’s an unsubstitutable ingredient, fortunately it’s available on Amazon as well as the Waffle Cabin and probably other places.

Everything else is pretty straightforward – for example, I’m reasonably sure you don’t need Mexican vanilla extract. (You should use good stuff though, not the imitation.)

If you read the comments you read about people dropping a grand on a waffle iron. The waffles that thing produces must be otherwordly. But my terra-bound self just picked up a Waring Pro WMK200. It seems pretty solid with my limited use, and when I ordered it was over half off. (Which always makes me think a new model is imminent, but whatever.)

Something the recipe didn’t mention is where to put the dough on the iron. Your waffle iron’s directions tell you how to pour batter, but not what to do with dough. You’d figure this out eventually, but I found it was better to place it offcenter, a little toward the rear. 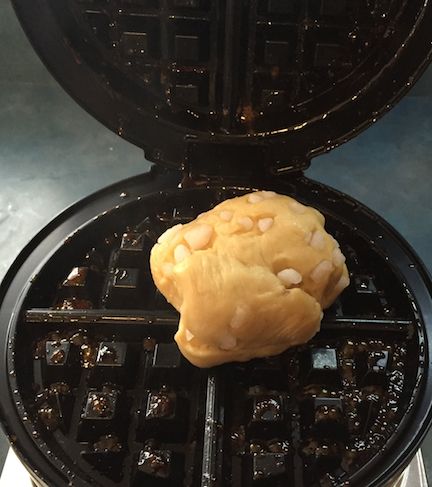 The reason is that when you bring down the lid you’ll pull the dough toward you, and when the dough expands it’ll be harder to keep the lid closed if there’s dough toward the front. And you’ll probably need to keep a hand on it anyway to keep it closed – it’s thick dough! 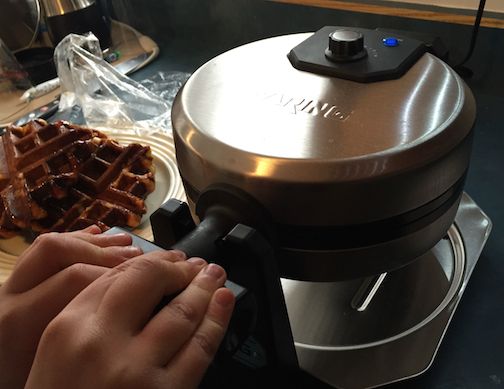 One of the many things the recipe demands specificity about is temperature – between 365 and 370, ouch! Unfortunately I have neither an infrared thermometer nor a waffle iron with degree demarcations for the heat, just abstract numbers.

I didn’t find any other pointers about how these numbers (between 1 and 6) map to temperatures. So to help others (including future me): I set it a little above 4, though I lowered it a little for the last waffle because of the carmelized sugar sticking to the iron. 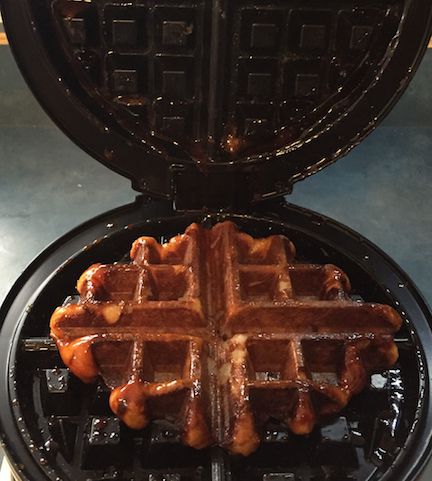 BTW, if you have good ideas about how to clean the carmelized sugar off let me know.

And finally, the verdict – everybody loved them! I got some good-natures teasing because it took so long to make, but nobody complained about the results. You can eat them as-is – no syrup or anything is needed because each waffle has so much sugar. I added some fruit, though I think strawberries will be better in-season, especially after I’ve made this recipe a few more times. 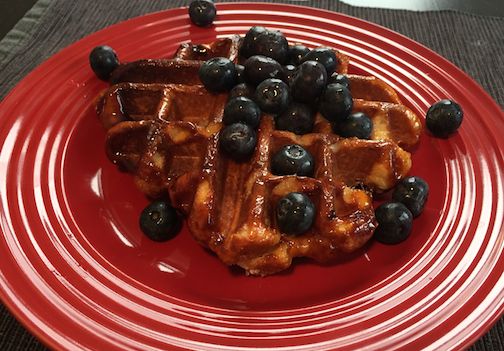 Next: Creating buckets for relative minutes in SQL
Previous: Swipyness of iPhone keyboards